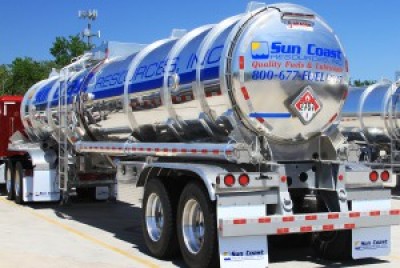 Steering longtime customers away from the competition can be difficult in a deep-rooted industry like wholesale fuel and chemical sales. Sometimes, buying the competition itself can be the answer.

Such was the case last year when Sun Coast Resources, a wholesaler of fuels, lubricants and chemicals that also offers filtration, fleet fueling, handling, hauling and hydraulic fracturing, acquired Ada Resources, a refined fuel marketer founded in 1947 by Bud Adams. Ada was a subsidiary of Adams Resources & Energy.

“Their customer base had been around for quite some time, so having a competitor take away that business was not likely,” said Kyle Lehne, Vice President of Sales and Marketing for Sun Coast. “This really increased our lubricant foothold.”

The purchase of Ada also took Sun Coast into new branding territory, adding Conoco Phillips’ brand to its portfolio, in addition to the Chevron and TOTAL brands.

Sun Coast also bought Louisiana-based St. Martins Oil & Gas, which had strong accounts in that state and Texas. Sun Coast is relocating St. Martins’ leased facility in Denham Springs, La., to a new, larger one in Baton Rouge that will come online this fall. St. Martins also operated a facility in St. Martinsville, LA., that is now run by Sun Coast.

The facilities give Sun Coast a new physical presence in existing markets that Lehne said are ripe for expansion.

The company was founded by President and CEO Kathy Lehne – then 23 – in 1985. As mergers and acquisitions continue at a brisk pace in the energy industry, Kyle Lehne, said Sun Coast has also grown by re-marketing itself to customers in the wake of acquisitions. “It’s important that they allow us to grow with them,” he said.